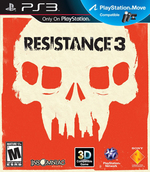 Resistance 3 is the 2011 release in Sony's flagship Resistance First-Person Shooter game franchise for play exclusively on PlayStation 3. Picking up right where Resistance 2 left off, players follow the adventures of Joseph Capelli -- introduced in the previous game -- in a desperate effort to turn the tide against the ever-strengthening Chimeran horde. Features include: PlayStation Move support, a large and strategic weapons arsenal, smarter and more agile Chimeran enemies and deep multiplayer options including co-op online and offline as well as progression based 16-player online multiplayer. 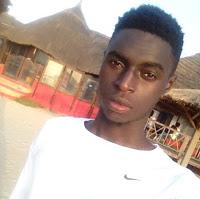 8.50
Chris Watters—Sep 06, 2011
No matter what your gaming setup, you're in for a treat. Whether you're storming a Chimeran squad with blood in your eyes and the hope of freezing them all solid before they take your last slivers of health or tracking an enemy, tagging him, and watching him vainly try to flee the bullets that follow him around corners, Resistance 3 offers a brand of excitement you won't find in any other shooter franchise.
Read full review

7.00
Dan Ryckert—Sep 06, 2011
Insomniac approached Resistance 3 with no lack of ambition, expanding to a three-year development cycle in an effort to make this its biggest title yet. The team succeeds in some ways, as the various hand-written notes and journals you’ll find on your trek to New York City help to flesh out the story. However, more effort seems to have been put into minutia than the gameplay itself.
Read full review

9.00
Anthony Severino—Sep 06, 2011
Insomniac has used the extra year in the cooker to make Resistance 3 a game that has everything going for it. The multiplayer, while not the best on the market, is good enough to keep people interested for a long time. However, the single-player (and co-op) make for a game that can proudly stand next to Uncharted 2 as some of the best the PlayStation 3 has to offer. If only people turned off by the first two games give it the chance it deserves.
Read full review
See all critic reviews