Many years have passed since the world war inflicted catastrophic damage on the human race, leaving only a few survivors. In their new community Cocoon, life has been threatened by a black material called Erosion, creating a post-apocalyptic environment. Surviving humans recruit a militia to conquer the Erosion and set out to take down the evil, Living Tower. Arriving at the scene is the stalwart warrior Syd, whose only intentions are to destroy the Tower. He meets the beautiful and mysterious Filena as they both ascend to the top in their search for answers. 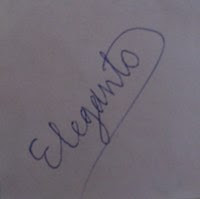 5.50
Feb 3, 2021
What am I doing here in 2021? I'm not sure, lol. But I accidentally found this game and it's hooked me, because Koei Tecmo publishished it. It's a Japanese, fantasy kinda view of Gears of War (but I'm not here for you to say that again). You just now probably know what to expect from it, and I can't say, this game is 4-5/10 bad. It's even good in some way and I have spend here a couple of my evenings. I guess I found some fun in it. And I don't ever tried actual Gears of War or Army of Two myself.

The good: Headshots are rewarding

Auto aim on easy difficulty (I highly recommend this difficulty, it's still hard, but u can actually aim here. You can rapidly press it again when it's unfocused)

Boss battles is not the hardest, but I was catch myself blood boiling

Optimization: the game have some drops, but it's a rare thing here, most of the time

Animations of combo throws are disappointing

One of a kind mechanics (poorly used or just as one time challenge, like moving covers on the start)

Your actual melee combat, when you're alone (it's almost completely useless, better throw your opponent to do the melee)

If you're just like me, and love to seek something interesting without so much hype on it, you can try this one for yourself. It's just around 9 hours long :) I'll say 5.5/10.
3
0 Comment

2.50
Anthony Gallegos—Oct 06, 2010
Its uninspired level design, terrible shooting, and frustrating instant-kill portions make this a game that I simply couldn't recommend to anyone at anytime. You only get one life to live, and Quantum Theory isn't worth a moment of it.
Read full review

4.00
Tom Orry—Sep 24, 2010
Quantum Theory could have been a game that showed what a well respected and established Japanese publisher could do with the now tried and tested third-person shooter formula, but it fails on every level. It looks and feels terribly dated, has next to no creative spark, completely lacks imagination and is certain to be forgotten very quickly.
Read full review

4.00
James Trujillo—Sep 28, 2010
The length of the campaign can last anywhere from eight to ten hours and contains a lifeless multiplayer. There really isn’t much reason to revisit once you’ve beaten the single-player component. Honestly, there isn’t much reason to visit in the first place. Quantum Theory is just a bland effort in the third-person shooter genre, and has nothing to offer in terms of originality or serviceable gameplay.
Read full review
See all critic reviews