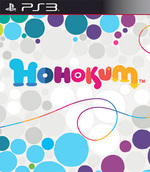 Players take on the role of a curious flying Technicolor kite-like being. Along their travels through the vibrant world, players will be able to uncover secrets by interacting with elements around them in different ways such as carrying characters to new areas on their back or flying over objects to illuminate them. The world of Hohokum is full of surprise; even running into certain objects can be its own reward as the interaction produces a tune or sounds that add to the level’s music track. From the way a player navigates the world to the various ways characters communicate to the abstract vivid artwork, Hohokum is an expressive and mesmerizing universe.

Game Faqs open_in_new
17 Ratings
7.18
This game has not been reviewed. Be the first to review it!

6.00
Philip Kollar—Aug 13, 2014
If there's a greater purpose to Hohokum that reveals itself by the end of the game, I was never able to discover it. I don't think video games all need to be the same; not every game needs a fail state, and not every game needs a deep story, and so on. But Hohokum is the prime example of a game whose beauty is truly skin deep. It sure is lovely to look at, and if that's all you want, you won't be disappointed. There's just not much under the surface.
open_in_newRead full review

3.00
Mike Williams—Aug 14, 2014
Hohokum is a different kind of game that prizes aimless interaction and exploration above completing specific objectives. It's a title that brings together a cute, minimal art style and a great soundtrack to create a zen experience. It's worth a play, but not everyone will appreciate its strengths.
open_in_newRead full review

6.00
Matt Helgeson—Aug 12, 2014
As it stands, this art game doesn't have much of a point, aside from its own (admittedly nice) aesthetics. Its vagueness and leisurely pace might be pleasant to some; I was frequently restless and found myself wishing the game would just get on with it already. Once you figure out what you're supposed to do, the actual actions or puzzles are usually fairly simple and uncreative. ple ...As a game, it lacks depth
open_in_newRead full review
See all critic reviewsarrow_forward