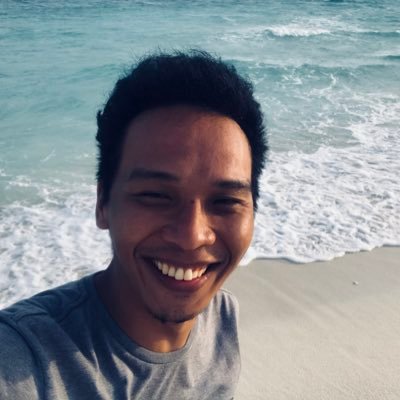 Disco Elysium is worth all the praises it's receiving. It's not another run-off-the-mill open-world RPG. It still classifies as one but it strays with the basic tropes found in the genre. First, it's not set in another fantasy-esque world. You don't level up your strength, dexterity, etc. You just wake up and you're free to roam and discover the people and intrigues. You even have to figure out most of the mechanics by yourself. You're basically thrust into the chaos without the usual hand-holding. Second, character building is different and how you level-up unlocks certain paths. Third, the writing is EXCELLENT -- funny, entertaining, political, philosophical, and more.

I could have easily given this a 10/10. It comes down to personal taste and I'm not a big fan of the game's visual. Not the artstyle, it's just that the sense of depth is lacking between storeys and can be disorienting.

If you're looking to explore a new implementation of "open-world RPG", you definitely have to give Disco Elysium a try.

This is a good time-waster. Battle sessions are short and there's enough progression to keep you engaged. Voxel-based visuals look good on small screen; it may be better on tablet.

It comes in-app purchases. The items offered are almost pay-to-win. Ive seen +armor and +damage.. but (i think) you can grind your way to getting them.

Note: I'll continue to update this review as I play more of the game.

Guild Wars 2 is a game best played with friends. I spent hundreds of hours exploring its expansive area, grinding for gears, and completing events. It was fun... then the number of active players slowly decreased. I still play it from time-to-time but it just wasn't able to keep its playerbase. Too bad.

With news of layoffs at ANet and the recent departure of Mike O'Brien, the chances of GW2 ever getting back the numbers is slim. Too bad.

CIv 6 without the DLCs Rise & Fall and Gathering Storm isn't worth getting. It's playable but it's lacking in many aspects. So if you plan on getting this, be sure to include the DLC packs. Otherwise, get Civ 5 instead.

It's been cited as one of the more interesting shooters in the last few years. Indeed it is. The setting, the chaos, and the mystery are among its best qualities. I played more than 20 hours of it. Unfortunately, I had to deal with a lot of crashes that started after a significant game update. It started failing mid-game, at first, and after a few more tries, the game became unplayable. All-in-all, the game may be good but the technical issues I encountered with it kept me from enjoying the whole of it. (Still waiting for another update, if it ever comes.)

It's not aging well but when it was first released, and a couple of years after, Skyrim has always been among the best RPGs. I sunk almost 200 hours playing/re-playing it and I don't think I've explored half of it. The amount of character customization, sidequests, dungeons to explore is just staggering. I don't think I'll be playing Skyrim again anytime soon but I see myself playing it for nostalgia's sake.

I spent about 30 hours playing Banished. It's one of those games that you play when you want to relax. It's not really that hard to get into but can be quite challenging as your village grows. If you're looking for a game with some kind of a tech tree, try Dawn of Man.

It's a simple, straightforward management game. Once you figure out the formula to successful releases, you can just reuse it. I wish there were random events that affect the gaming market. That would have increased the game's replayability.

This is part Civilization, part Banished. The Civilization part of it is the technology progression, the Banished is the rest of its gameplay. It's a bit crude, the UI needs polishing, the guide is not that clear, among many things. With succeeding updates, I have no doubt that it will continue to improve. Give it a try if you enjoy these types of games, you won't regret it. But if you're looking for a more polished management game, better wait or look somewhere else.

I haven't played the first game but you don't have to. Divinity: Original Sin II is one amazing RPG. It's a revival of the classic RPGs I used to play when I was younger. There are nuances to skills and fighting styles and the amount of content is just staggering. Getting the hang of it (learning curve) is a bit steep but you'll be rewarded when you reach the top.

The game itself is a lot of fun especially now with the "Turbo" mode. It's the community, however, that's a bit hit-and-miss. One game you're playing with a good team, the next you get dumped into a pile of garbage.

Borderlands: Game of the Year Edition

This War of Mine