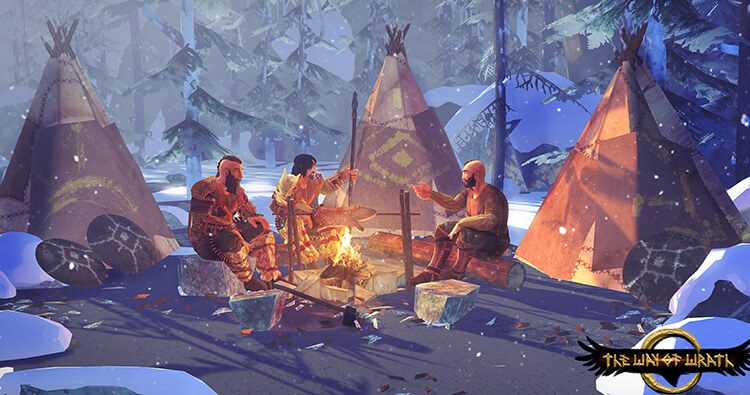 The Kickstarter campaign for the open-world tactical RPG was winding down to its conclusion last weekend, but before it did, it reached a milestone that opened it up for an upcoming release on the Switch.

The Way of Wrath counted down to the end of its campaign with a live stream. On top of all the other community goals they already reached, like their launch on Steam and GOG, it also racked up support for pets and real-time combat.

These new additions to the gameplay will make for a more exciting, and hopefully, immersive experience for backers of the title.

The Way of Wrath is a narrative-driven tactical RPG featuring turn-based, dynamic combat and a non-linear world where your decisions matter. Set in a pseudo-historic Bronze Age, the meticulously handcrafted wintry landscapes of The Way of Wrath seethes with shamans, superstition, and dark rituals.

Though The Way of Wrath has been successfully funded on Kickstarter, it still has a few more stretch goals on offer, like a launch on PlayStation on Xbox, as well as localization into German, Russian, Chinese, French, and more. More languages and platforms may be available in the future.

Those who are still interested in backing the game may still do on their website’s backer portal to gain access to their array of rewards using Paypal. Go to their Kickstarter page for more information about stretch goals, gameplay, and rewards.

The Way of the Wrath does not have a release date yet. Want more games? Check out our updated list of open-world titles on the Switch.