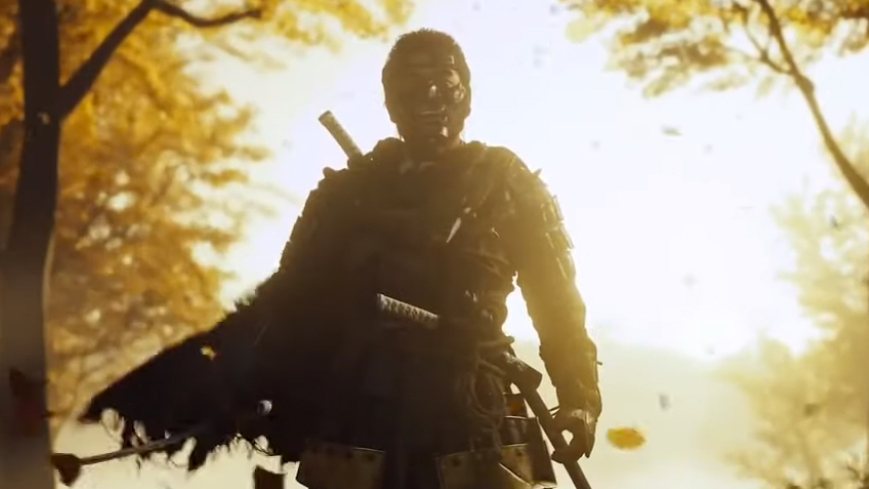 The PS5 is set to launch later this year, and the PlayStation 4 is counting down the list of their last exclusives. Just in, Infamous developers Sucker Punch have dropped the new trailer for an incoming samurai epic, Ghost of Tsushima.

Here’s the story description (via GameSpot):
Ghost of Tsushima follows the story of Jin Sakai, known as The Ghost to the invading Mongol armies led by the ruthless Khotun Khan. Trained by his uncle Shimura, the jito (lord) of Tsushima, Jin is an incredibly skilled samurai who adopts more cunning death-dealing techniques, to the concern of his mentor.

It’s also worth noting that the game comes with three special versions: $70 can either get you the Digital Deluxe Edition or the physical special edition (which comes with a SteelBook and other goods). Or you can dish out $170 for the Collector’s Edition which comes with a ton of extra swag.

Admittedly, some fans are already comparing the game to another samurai slasher, Sekiro: Shadows Die Twice from FromSoftware. Admittedly, Sekiro (and anything from From, basically) is notorious for being a difficult game, and I have a feeling that Tsushima will be more forgiving when it comes to casual players.

We don’t know what to fully expect yet from Ghost of Tsushima, but the game absolutely looks amazing, and there is already an impressive cast of characters that I’m sure will bring the game to life.

Catch Ghost of Tsushima when it becomes available for the PS4 on June 26.