Land of the living be warned! The Undead Horde has risen. 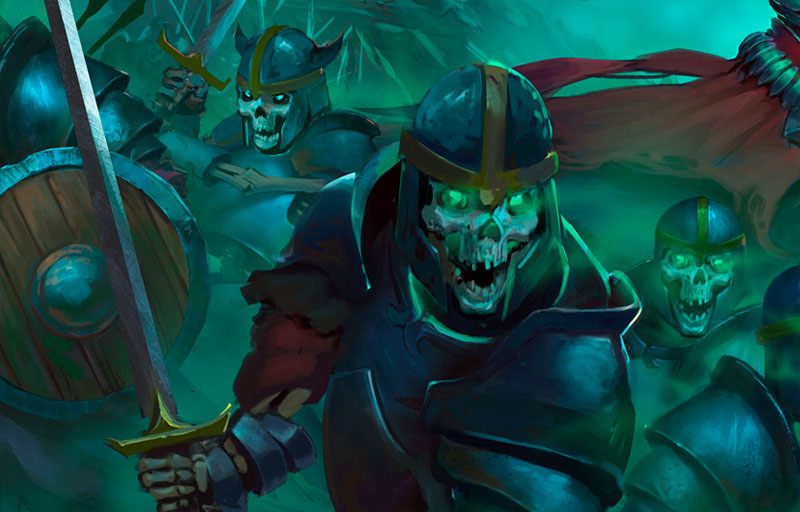 Previously released on the PC, Consoles, and iOS, 10tons’ Undead Horde officially gets its Android release today. Not only that, the developers are giving away a 40-50% discount for its launching on Google Play. Having received a great reception from its prior mobile release, developers hope this positive trend continues on with this Google Play launch.

Undead Horde takes you into a fantasy world where the undead have been driven into exile by the living. In this action RPG, play the role of Orcen the Necromancer who has just been freed from his magical urn prison — albeit accidentally — by a cavalier chicken. Raise the dead, mobilize your army of undead minions, and battle your way to take back the world from the living.

With undead Horde’s deeply integrated necromancy, players can re-animate almost any dead creature encountered — including those enemies you have recently slain. Grow your forces from a multitude of sources. Dig out graves, make them battlefield corpses a part of your own undead crew, and ultimately, make use of unlockable Statues to gain stronger units. Although the Necromancer’s commanding capacity has its limits, this can be increased over time as you progress throughout the game. Depending on your commands, your undead army can either follow you around or perform attacks on their own.

But what can a Necromancer do without his gear? Also available in this Android game release are the multitude of weapons, trinkets, and magical items for the Necromancer to use. Since items are procedurally generated, there exists an endless amount of items and combos that can be discovered. Undead Horde also comes with a leveling up system and stats selection. Thus, creating numerous options for players to make the Necromancer himself and also his undead minions more powerful.

Let’s be honest, it’s fun to take on the role of a bad guy from time to time. The Undead Horde has received a gamerscore of 8.70 on iOS and 8.75 on PC.

For more mobile gaming goodness, check out our list of new Android games and the latest iOS games.