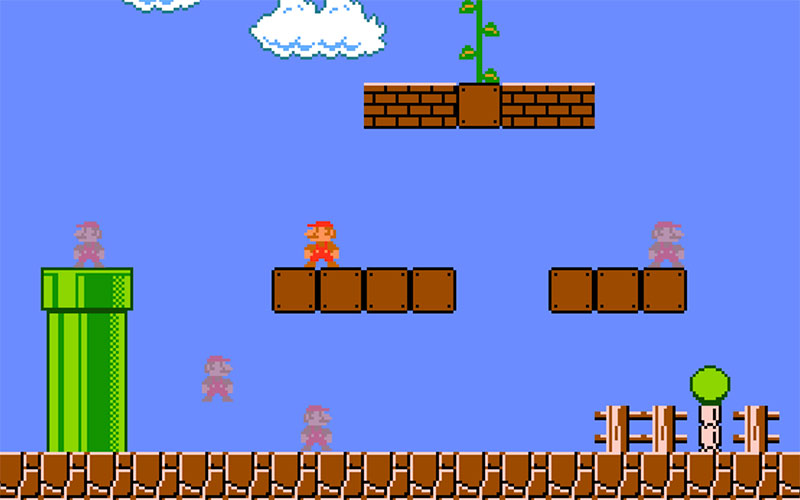 The Battle Royale genre has seen a sharp upward rise in popularity. Since the release of pioneers like PlayerUnknown's Battle and Fortnite, to some of the more recent titles like Apex Legends, and even Islands of Nyne. With this much popularity, it only makes sense for other bigger titles to wander into the survival the fittest gameplay. Where most games play to the serious and life-like survival scenarios, the Super Mario Bros. battle royale game adds a spark of wackiness to the formula.

Taking one of the best Nintendo titles on the NES and adding a bit of modification magic to it, Super Mario Bros Royale (Brothers Royale?) similarly pits up to 100 Marios against one another, passing through the obstacles of worlds 1, 2, or 3, and racing to beat Bowser. While individual Marios don't actually interact directly with each other, each one is vulnerable against the natural threats of the stages--from piranha plants to the pesky Koopa shells.

Hosting several players into one browser game, it does give into lags at the beginning but it's mostly a smooth sailing experience if you're good enough to manage through the madness.

The Super Mario Brothers battle royale isn't an official game from Nintendo. As the company is quick at taking down clones of their own IPs, you may enjoy the game while it lasts by clicking here.

You may also check out our list of other top Wii U and Switch games to help you through until the next official Super Mario Brothers release.