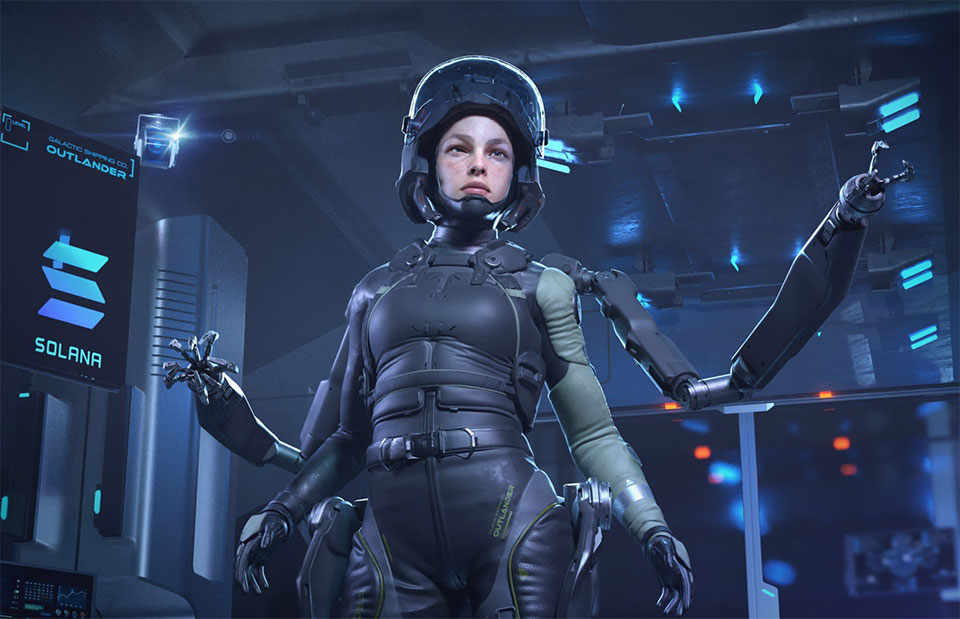 Star Atlas has shown itself to be one of the most stunning NFT games to date in its first teaser trailer.

It opens with a closeup of an alien creature and continues with a preview of the structures, planets, and ships of Star Atlas' science fiction universe. The power of the Unreal Engine 5 shines through with everything rendered in film-like realism.

Star Atlas is recognized as one of the premier NFT projects to watch out for because of its triple-A ambitions. Not only is it built on Unreal Engine 5, but it also has a strong foundation on the Solana blockchain.

The space fantasy MMORPG is set in the year 2620 in a metaverse divided between three factions. Players must choose their sides. They can earn rewards for their actions and affect the outcomes of their factions in the long-term conflict. VR features will also be added to the game, allowing players to fully immerse themselves in the world.

Star Atlas has two main currencies, $ATLAS and $POLIS. ATLAS is the currency that players can earn and use to trade in-game assets. POLIS, on the other hand, can be used to own and manage these space-cities. It also acts as a governance token, giving players rights when it comes to deciding over in-game issues.

Star Atlas has a play-to-earn model. Players will be able to earn ATLAS by in-game mining, trading, going on missions, and gathering resources. The game's marketplace is already live, allowing players to purchase and trade NFT ships. Those who purchase these pre-game assets will earn them more rewards that can either be used in-game or traded on the marketplace.

While the space-themed MMORPG is still very early in development, a browser minigame is set to launch soon. Follow the game's development on Twitter or Discord.