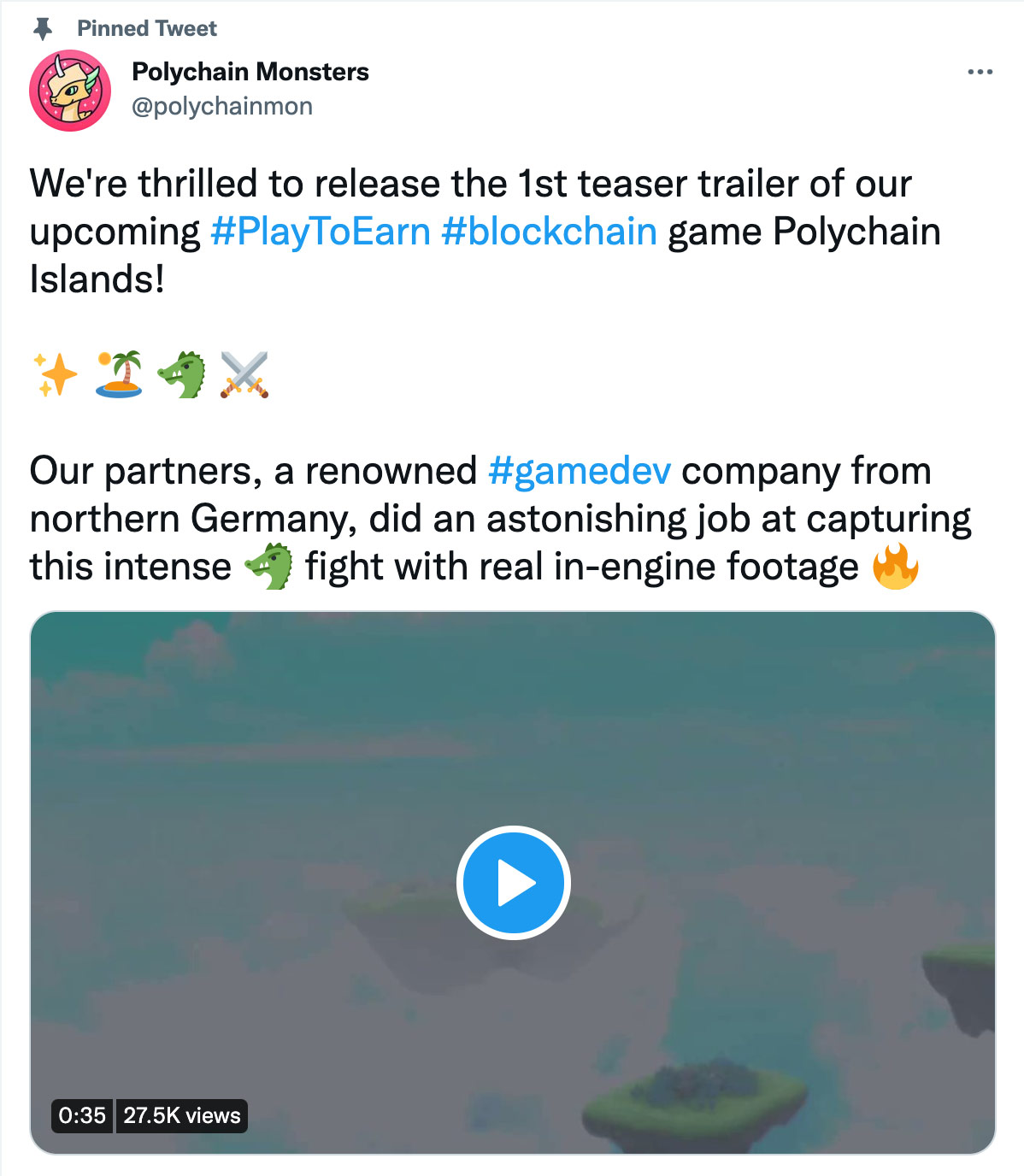 The first teaser trailer of the game shows the "intense" battle between two Polychain monsters in a hexagonal arena. They try to win the battle using skills like breathing fire. The teaser trailer also showed off the game's many islands.

These previews were captured directly from the game's engine, which means what we see now may be what the game will look like on release. However, since it's early in development, more features may change in the run-up to launch.

Polychain Islands is one part of Polychain Monsters’ vast Metaverse. It's a play-to-earn blockchain game where players can trade, socialize, and battle using their Polymon NFTs. Players will receive tokens for their wins in battles and tournaments.

The game's native token PMON was first released on the Ethereum blockchain. It was eventually bridged to Binance Smart Chain to avoid Ethereum's rising gas fees.

Polychain Monsters has no release date yet, but an alpha version is scheduled to launch 'soon'. Stay up to date by following the project on Medium or Twitter.