Sign up and help the game break a world record 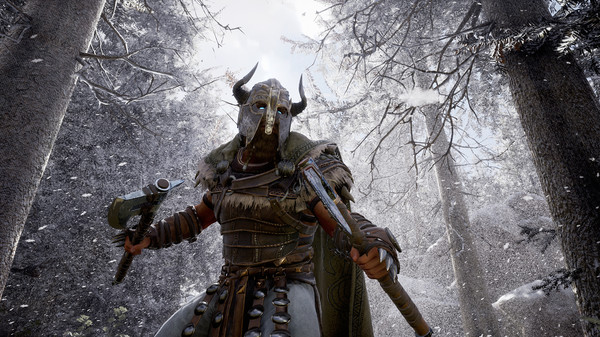 Star Vault’s MMORPG, Mortal Online, came out back in 2010. Now their sequel, Mortal Online 2, has an upcoming launch on PC later this year. Before the release, the devs are going to hold a public stress test to see if the servers are in optimal condition before launch. And you can get a chance to test it out for free.

Mortal Online 2 is set to hold its Stress Test Weekend from March 25 17:00 UTC to March 28 23:59 UTC. New and returning players from the previous beta are invited to join the test. All players have to do to gain access is to sign up for the Mortal Online 2 newsletter here. You better hurry as it’s going to be on a first-come, first-served basis.

If anything, it looks like Star Vault is looking to include as many players as they can with the beta. They are aiming for the record of 'the most players online simultaneously in a single, un-instanced server.’

Before the official stress test on March 25, the development team will also hold a Twitch stream on March 20 to discuss the growing lore of Mortal Online 1 & 2. You can log on to that here, and the broadcast starts at 17:00 UTC.

For more information on Mortal Online 2, you can visit their official website.

Mortal Online 2 is the long awaited sequel to Star Vault’s long running first person sandbox MMORPG. Explore a massive open sandbox world and choose your own path, but be aware, danger lurks around every corner in this full PvP full loot world.

Mortal Online 2 is set to launch in 2021 and will be available for PC. For more upcoming games, check out our list of PC games coming soon.