Plus check out the free-to-play preview now on Steam. 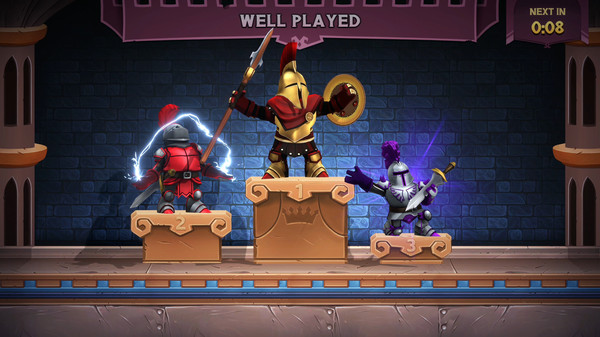 After their success with Knight Squad, Chainawesome Games is now gearing up for the release of Knight Squad 2 on the Switch, PC, Xbox One, and Xbox Series X|S. A release date has finally been announced, and there’s even a free trial for any would-be fans to check out.

Knight Squad 2 will officially launch on April 14 for the Switch, PC, and Xbox family of consoles. A free-to-play preview called Knight Squad 2 Trials has also launched on Steam today. It should give fans a good taste of what to expect when the sequel launches next month.

The original Knight Squad was an 8-player party game praised for its simple controls. Players run around as medieval knights in puzzle dungeons. While the game is best known for its local multiplayer, some challenges were made specifically for single-player mode.

Building upon the foundations of the first game, Knight Squad 2 will bring in new game modes and variants. The Knights are still bright and colorful (with some new additions to the ranks), and there will be a next-level visual upgrade.

Knight Squad 2 is a chaotic arcade multiplayer game for up to 8 players. Pick an eccentric knight and fight for glory with wacky weaponry. Triumph over your friends in a ridiculous amount of game modes, both offline and online.

For more information, you can check out the official Knight Squad 2 website.

Knights Squad 2 will be available on the PC, Nintendo Switch, Xbox One, and Xbox Series X|S on April 14. Fans can check out Knight Squad 2 Trials now available on Steam.