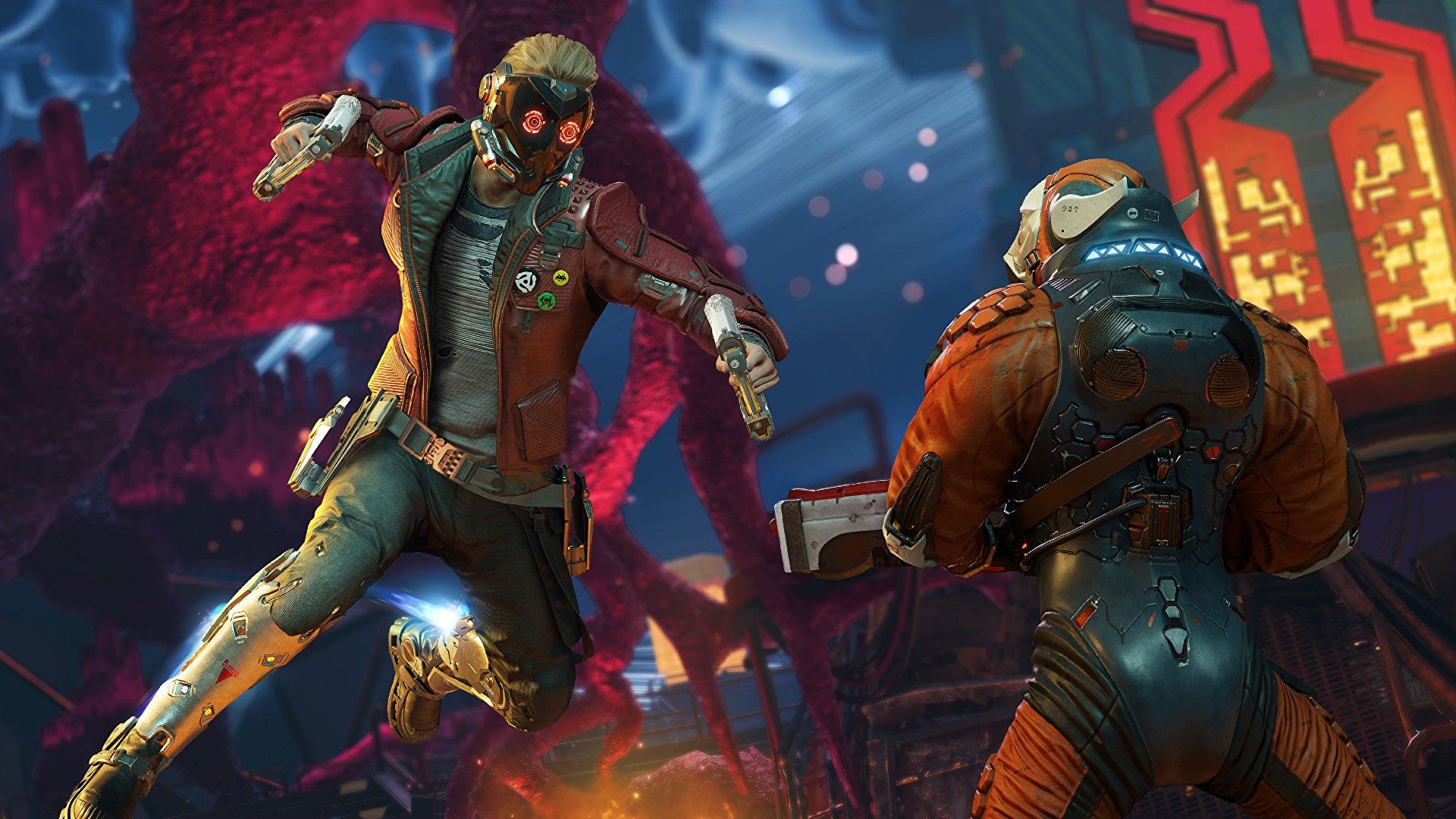 There are over 900 games out on the Xbox Series X and S. With the help of 1700 critic scores and 5300 user reviews, we gathered 10 of the highest rated games for Microsoft's flagship console. All arranged by playscore. 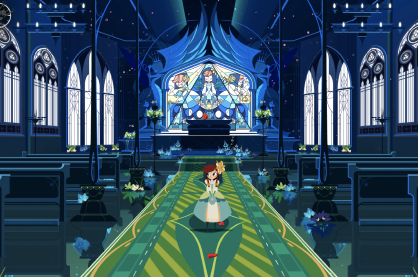 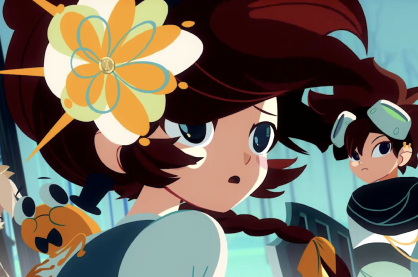 We start off the list with an indie game that not only looks great, but it also plays great too. Dreams Uncorporated and Syck's passion project oozes with charm, standing out amongst the many indie titles that litter the market.

Cris Tales' turn-based gameplay incorporates a unique time-travel element that blends style and tactics in every encounter. The visual flourish that splits the map into multiple timelines is a refreshing take on the tried and tested genre.

It's not a perfect game, “Its battles undoubtedly overstay their welcome, but this unique odyssey still manages to shine through them a bit thanks to its style… and characters…” IGN said, giving it a score of 7. Despite its shortcomings, Cris Tales is one of a kind and it receives a playscore of 8.40

Unknown World's underwater survival game is back for another round of abyssal horrors. Below Zero's freezing alien planet is home to a slew of new content. The improvement of its story gave room for players to emotionally attach to its protagonist, as well as the effort to escape from the many terrors of the deep. 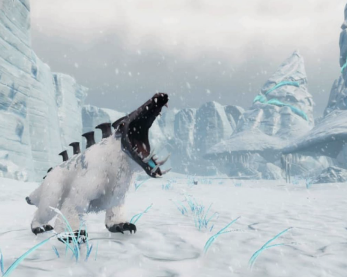 It was built on the solid foundations of its already successful original, improving on almost every system, including its survival elements.

Gaming Bolt gave it a score of 8, saying “...Below Zero once again delivers an experience with engaging exploration set in a mysterious, beautiful, and haunting underwater world.”

Anyone with thalassophobia might have to think twice before booting this game up. It gets a playscore of 8.63 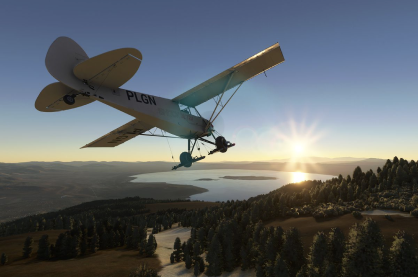 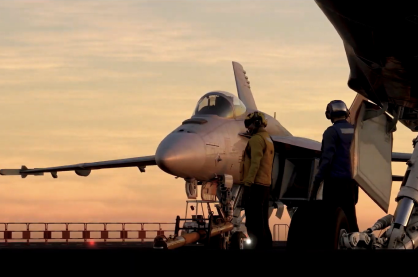 It was only a matter of time before Microsoft ported their high-quality simulator to their flagship consoles.

Microsoft Flight Simulator was a technological marvel. When played on PC at its highest settings, it offered a gorgeous open world to fly around and explore. The console versions are also the same, “...it's a visually stunning showcase that really pushes the Xbox Series X, making it a great first title to exist solely on Microsoft's latest hardware.” GameSpot's Edmond Tran said, giving it a score of 9.

The menus can be intimidating for new players, but once you get the hang of its systems, you're off soaring into the skies, and you might even visit your own place too! A playscore of 8.64 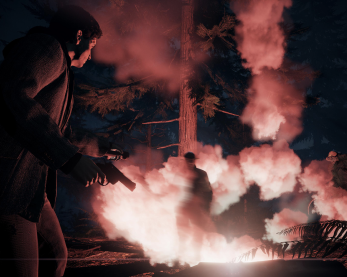 Alan Wake's writer's block takes us once again into its shadow world devoid of lighat.

Remedy Entertainment's 11-year-old action-horror game gets the remaster it needed. “...It honors the original game's artistic direction while enhancing it with modern technology…” EGM Now said, giving it a score of 8.

Aside from some new volumetric lighting features and upscaled visuals, our return to Bright Falls is no different from last time. Even the gameplay remains unchanged, and that's a great thing. Alan Wake's third-person shootouts still hold up in this modern era in gaming, especially with the improved framerate. It receives a playscore of 8.64

6. Marvel's Guardians of the Galaxy

Square Enix's reputation after handling a MARVEL IP was a subject for controversy when Avengers came out. Despite the backlash, this standalone action-adventure is a welcome treat for anyone interested in this ragtag group of superheroes. 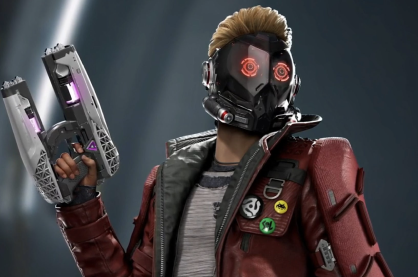 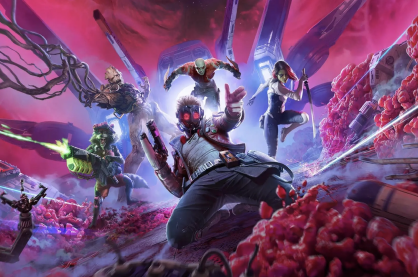 Guardians Of The Galaxy isn't cut from the same cloth as the Marvel Cinematic Universe. Instead, it's an original story of its own, without Chris Pratt.

“It's a solid single player adventure that focuses on the characters and tells a superb story at the same time.” said ZTGD's Ken McKown.

The combat can be messy at times, especially with the bugs and glitches, but it's easily subdued by its well-written cast and jam-packed adventure. It receives a playscore of 8.70

At this point, we've pretty much covered everything Resident Evil Village-related. CAPCOM's latest RE entry was in a league of its own. The return of its first-person perspective puts us face-first into its ensemble of freaks. 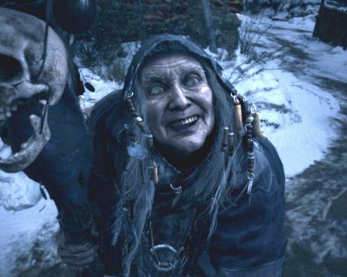 Village wasn't scared to show new frights in every corner. It blended multiple layers of the horror genre masterfully, bringing a different kind of scare in each of its four major locations. Vampires? Werewolves? Fish creatures? Village had it all. It receives a playscore of 8.79 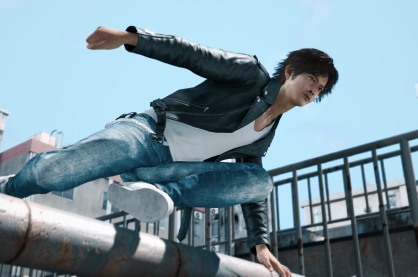 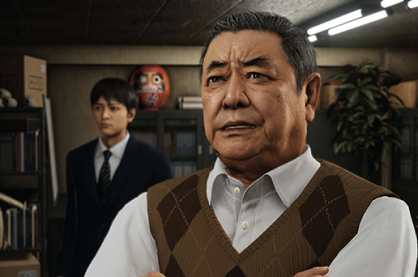 This Yakuza spin-off exchanges the goofy humor in favor of a detective-style game with a mix of brawler combat. Judgment already came out on the last-gen consoles, but this new-gen improvement is “...absolutely the best way to play the game and still represents a fantastic jumping-off point for anyone keen to dip their toes into the Yakuza franchise.” according to Press Start Australia.

Taking the established formula of SEGA's Yakuza games, Judgment has all of its shiny parts. Its sequel, Lost Judgment, added more content to its already jam-packed story. Unfortunately, it didn't get enough user and critic reviews to get a playscore. Judgment, however, receives a playscore of 8.80 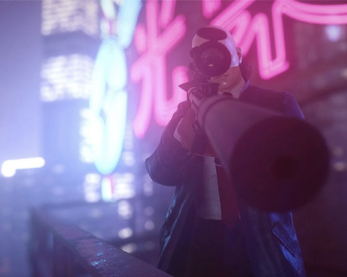 HITMAN 3 hit all the right spots in its stealth-adventure formula. Traveling to different maps and fulfilling a laundry list of objectives really makes you feel like a bald assassin. Most critics lauded this finale. Notably, Gamesradar, who said, “...it's a great end to the trilogy, with a satisfying conclusion made from enjoyable and endlessly entertaining levels.”

While it's meant as the end for Agent 47, he still has more objectives to check out with the game's regular content updates. Just recently, IO released a roadmap showcasing the game's future updates, including new missions and targets. It has a playscore of 8.83 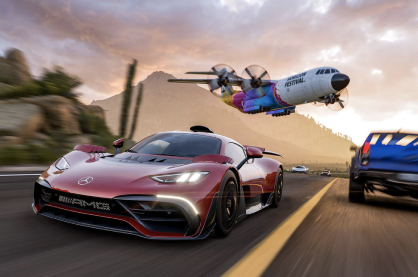 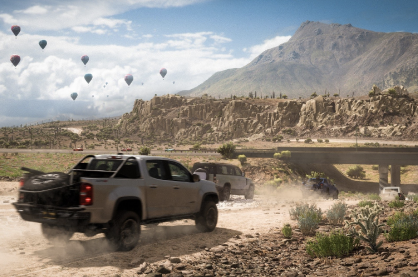 Microsoft's premier racing game takes our second spot with ease. For many of gamers and critics, 5 is the best Forza game to date.

It's also the best Microsoft exclusive game this year. Dubbed as 'exploration racing', Mexico is yours for the taking. From rain-soaked Aztec Ruins, to the top of a burning Caldera, everything is built for your four-wheeled monster to steer and drift through.

As a Microsoft Exclusive, it's perfectly optimized whether you're on the Series X or S. It runs at a smooth 60 frames and supports 4K for your massive TVs.

With a playscore of 9.13, “...it's an incredible game that will have you hooning around Mexico for months.”

There's just no stopping Supergiant from taking over our Game of the Year lists. Zagreus' journey across the Underworld varied greatly depending on our playstyles. 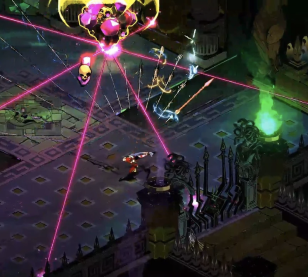 Whether you're a fan of Roguelikes or not, Hades has a little something for everyone. The never-ending, fast-paced gameplay is complemented by its well-written story. Supergiant humanized the Greek Pantheon, as well as the iconic residents of Hades ' dominion.

Hardcore Gamer's Chris Shive gave it a score of 9, saying “Hades already looked great, but experiencing it in 4k on current-gen consoles is a sight to behold.” Zagreus takes the crown with a playscore of 9.15