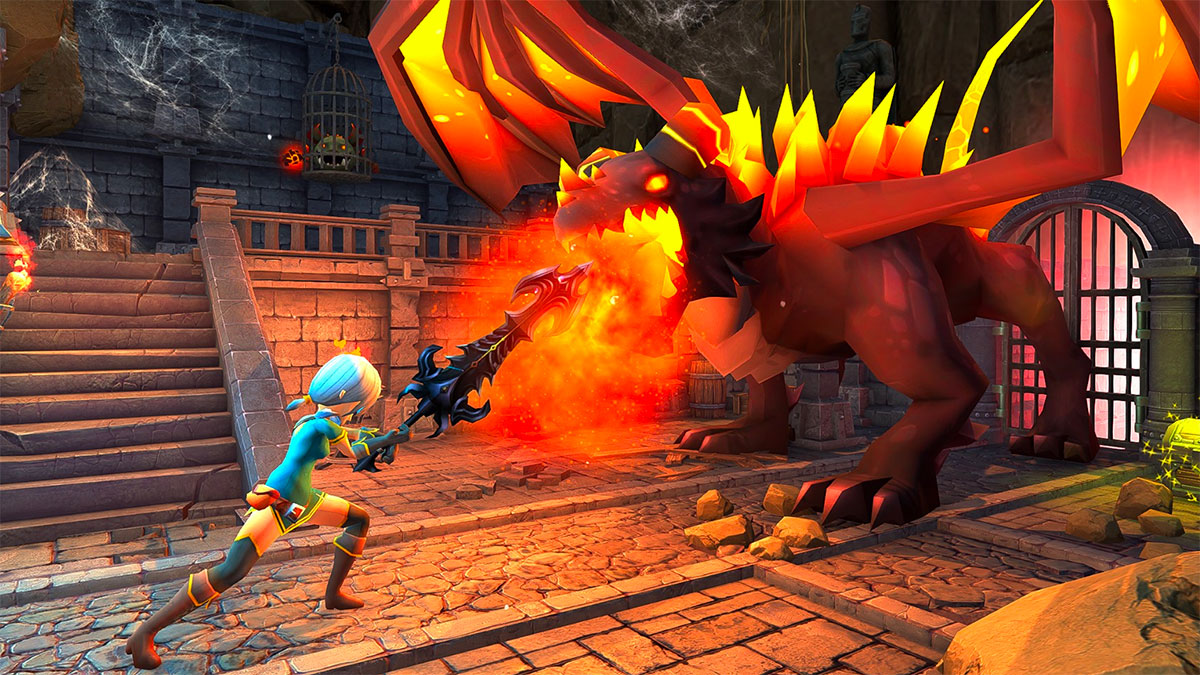 Forgotten Artifacts is an action-RPG where you play as an adventurer on a journey to complete various quests and collect valuable artifacts. The game is still in pre-alpha stages but is already playable on both Windows and Mac OSX.

Loots dropped in the game come in two forms. First are the normal in-game items that every gamer is used to. Second are non-fungible tokens (NFTs). These are items that you truly own instead of the developer. This means that you have full control of them (use, trade, destroy, etc.). Learn more about NFTs.

Before we talk about Forgotten Artifacts, I have two questions about you. What games did you grow up playing? And what was your path to becoming a game developer?

I played a variety but my favourites would be Doom, Duke Nukem 3d, King’s Quest, Command & Conquer, Unreal Tournament and Diablo.

Growing up in Australia, there weren’t many opportunities in the games industry, however after playing the game Dark Reign and discovering the studio was local to me, I decided to apply and got the job!

What inspired you to create such an ambitious project as Forgotten Artifacts?

The original plan was to keep it simple, however it’s grown over time to where it is today and where it’ll go in the future. The community has been helping shape it because their feedback has driven it in more directions than I’d originally planned.

Game development is notoriously difficult; creating one by yourself is definitely a tall order. On top of this, you have the business aspect of the game and community around it to manage. Can you tell us more about your typical work day?

I’ve created a few games in my past both professionally and in my spare time so I knew I could tackle this task. Some days it’s more of a struggle than others as you’re facing issues and problems that crop up, negative feedback and trolls and personal life issues.

I have a rough plan that I try to stick to, but at the same time I like to remain agile so that I can pivot if I need to. Usually I have a few goals that I want to achieve in the shorterm that I work on while trying to aim towards my long term goals.

It can be challenging to organise everything but when it comes together it’s very rewarding!

Let’s talk about monetization. Forgotten Artifacts is monetized through the sale of dungeon stones that are required to enter dungeons. What are your general guidelines to keeping monetization fair both to you and to the players?

I’ve tried a variety of monetization techniques over the last 10 months of development. I haven’t settled completely and am always trying to improve it to make it fair for both myself and the players.

I’ve heard stories about my players making enough money to buy themselves new computers, but personally I’m yet to make enough to replace my income, let alone pay a team, so I still have some work to do there.

Once I’ve added a few more base features I will look at doing some more marketing to get more players in which should improve all aspects.

Forgotten Artifacts is playable and has a growing, active community. What are your goals for this year? How about the next three years?

I’m aiming to finalize base systems, including a multiplayer mode.

Once all of the base systems are done I can start to expand on them, rather than building new systems all the time. This will allow me to create more content, more often.

I want to ensure there’s always something to do and new things to discover, through events, encounters, puzzles and challenges.

In your opinion, what will it take to make blockchain games more accessible to the majority of gamers? ?

The barrier to entry is still a little high. You do need to have some technical knowledge and understanding to even create a wallet and safely store your keys. The process can be quite scary for people new to the technology. If this process can be improved and made simpler then adoption will follow.

The majority of institutions and platforms still ban or block projects that rely on blockchain technology and there’s a certain level of hysteria and childishness amongst some of the community that tends to drive a lot of people in the opposite direction. The constant focus on price pumps and dumps and other aspects quickly turn the general public off.

However once the general public has been educated about the benefits of blockchain, including ownership and security, combined with a simple experience, we should see some more growth.