After Winter Wonderland, get ready to go Retro-Futuristic with Fall Guys 4041 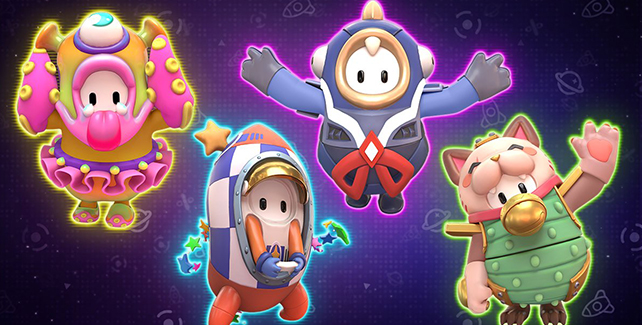 Fall Guys: Ultimate Knockout and Among Us were the surprise hit games of the last year. The two have decided to team up for the next season of Fall Guys which will take us to the Future. Or, the future according to the 80s.

Watch this till the end:

Fall Guys: Ultimate Knockout will teleport 2021’s most memeable jelly beans to a neon-drenched Blunderdome of the future, when Season 4 warps into view on March 22nd for PS4!

The Among Us skin will be part of the players’ fame path and they can unlock the bottom at Level 21 with the head available at Level 26. Among Us is also notorious for its simple character customization. There is a chance that there will be non-fame path Among Us skins that will also be available for players down the line.

Very pleased to confirm that this eggy friend will be available as part of Season 4's fame path!@AmongUsGame

What’s interesting is that they’re also going with the “arm-less” Among Us aesthetic, giving your bean floating hands. This means we should be getting more and more creative skins down the line. After all, it’s the simple and cute aesthetics that is essential to the appeal of both games.

Fall Guys’ new season goes live on March 22. Fall Guys: Ultimate Knockout is now available for PC and PS4. It is also expected to come to the Switch and the Xbox Family of consoles sometime later this year. Want more games? Check out our lists of anticipated Switch, Xbox, and PS4 titles.