It's looking good so far 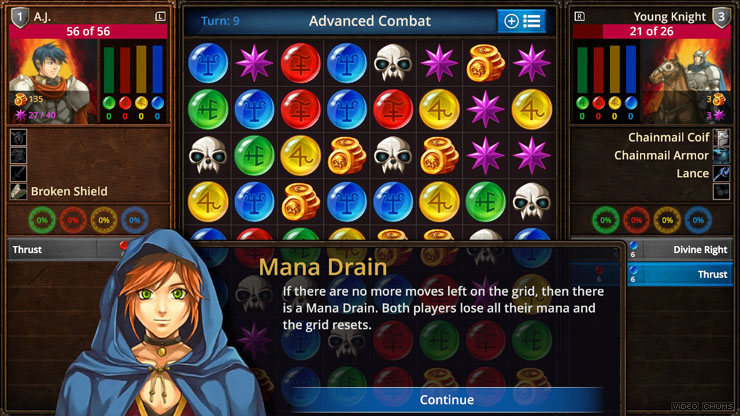 One of the breakout hits of the last generation has made its return on the Nintendo Switch. Puzzle Quest: The Legend Returns is an updated version of Puzzle Quest: Challenge of the Warlords which first released on the DS and the PlayStation Portable in 2007.

It garnered numerous praise for combining the usual match-three puzzle gaming with role-playing elements, this creating an awesome new experience for fans of the two differing genres.

Puzzle Quest: The Legend Returns jumps into the latest generation not just with fancy new visuals but also the addition of the quest line Attack of the Golem Lord.

Having just released a few hours ago, the reviews from various critic sources are starting to roll-in. Here's a rundown of their verdicts so far:

Even with all of the huge AAA games flooding the shelves, Puzzle Quest: The Legend Returns manages to provide an addictive formula that'll easily hold your attention for longer than most big budget titles and it's a heck of a lot of fun, too.

There is certainly a lot to love about Puzzle Quest’s remastered return on Switch. The RPG-meets-puzzle battle system is just as deep and memorable, but almost everything else feels like something straight out of 2007. On the whole, that’s fine, but I can’t help but be dismayed by the bland visuals and presentation. But even failing that, you can just pick one of the 13 classes and romp your way through excellent and distinct battles. Purely based on its battle mechanics, Puzzle Quest is excellent, but it’s held back by the forgettable flourishes.

While the series may not be anywhere near groundbreaking by this point, Puzzle Quest still returns to its roots in strong fashion with all the previous content and more on the Nintendo Switch, making it great for prior fans and newcomers alike.

With just three reviews so far, it looks like Puzzle Quest: The Legend Returns is off to a good start. More updates will follow.

Puzzle Quest: The Legend Returns currently has a PlayScore of 7.80.