Bike Baron 2 is Coming to iOS this May 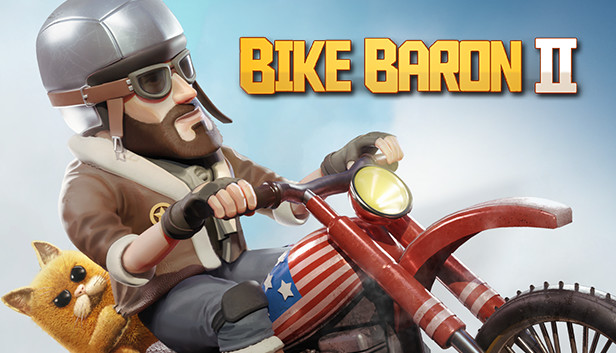 After the success of the first Bike Baron on iOS, Cornfox & Bros. is now ready to release the sequel, Bike Baron 2 later this month.

Bike Baron 2 is an adrenaline-filled wild ride on devilishly clever tracks, packed with obstacles, platforming, and even puzzles to solve at warp speed while racing towards victory. Featuring tight physics and pixel-perfect controls, Bike Baron 2 is the best way to crash your motorbike from the safety of your room.

Visually, the game looks a lot like the original Bike Baron. But, creative director Heikke Repo promises that this sequel will "beat the level of cartoony action and chaos’ of the original." While its core mechanics are intact, there will be a variety of obstacles, power-ups, and crazy tracks to come with this sequel.

Bike Baron 2 will have 50 racing tracks upon release as well as plenty of online challenges. It's already available for pre-order in the App Store and is also set to come to Steam later in the year.

For more information on Bike Baron 2, you can visit the game’s official website.

Bike Baron 2 launches on iOS this coming May 27. For more, check out our list of new iOS games.