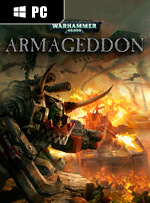 Warhammer 40,000: Armageddon is a fantasy war game set in the Second War of Armageddon. You take the role of defending the planet as the Imperium of Man against the Ork invaders. Throughout the campaign you will also be joined by three chapters of Space Marines: the Salamanders, Blood Angels and the Ultramarines. In this hex-based, turn-based strategy game, players will lead the Imperial forces of the Armageddon Steel Legion and Space Marines from a variety of Chapters against the Ork invasion through over 30 scenarios, on the hostile terrain of the planet and its gigantic Hive Cities.

Jeuxvideo.com open_in_new
5 Ratings
4.50
This game has not been reviewed. Be the first to review it! 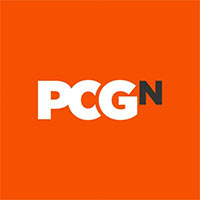 7.00
Fraser Brown—Dec 15, 2014
Warhammer 40,000: Armageddon is a bit skinny for a wargame. I can’t deny that I’ve missed getting stressed about logistics or big picture strategy, and it certainly hasn’t set my heart aflutter in the way that I hoped a Warhammer wargame would. But there aren’t very many wargames that are this easy to dip into, either. It’s got a focus and simplicity that’s often lacking elsewhere, and it could be indispensible for anyone looking to dip their toes into the genre.
open_in_newRead full review

6.00
Richie Shoemaker—Dec 08, 2014
At the core of Warhammer 40,000: Armageddon there is a very good strategy game, unfortunately too much of it is either obscured, poorly explained or needs attention before it can be given a recommendation. ...Likewise there's no explanation of what benefit experience bestows upon a unit - you just have to assume that their continued survival makes your units more effective in some utterly non-specific way.
open_in_newRead full review

6.00
Nick Horth—Dec 16, 2014
Despite a general lack of flair and some frustrating issues with presentation, Armageddon does at least play out a compelling and competent brand of strategic warfare. There’s something about playing a turn-based game that hits right at the core of 40K’s signature mix of strategic planning and reckless aggression, and if you’ve ever played the tabletop game you’ll find Slitherine’s made a decent enough fist of recreating some of the same atmosphere.
open_in_newRead full review
See all critic reviewsarrow_forward