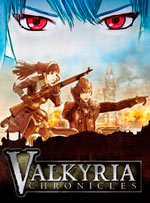 Set in a fictitious continent reminiscent of the 1930s, Valkyria Chronicles depicts Europe divided in two and ruled by two super powers: the Empire and the Federation. The Empire has set its sights on invading a small neutral country called Gallia, situated in the middle of the two superpowers territories, in an attempt to secure invaluable natural resources. Within this struggle a hero named Welkin, and his fellow soldiers of the Federation's 7th Platoon, are fighting back against the invasion and the Empires attempts to unify the continent under its power.

During the ensuing war the Federation discovers that the Empire possesses a secret weapon, known as the "Valkyria" - an ancient race with special powers thought to exist only in legends. With this new discovery the fate of the Federation's ability to turn the tide of the war, and the hope for a better future, hang in the balance. 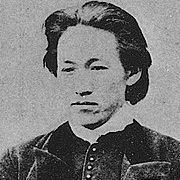 9.50
Andrew Clouther—Nov 23, 2014
Despite that one system, the game is remarkably smooth. The transitions from the command mode map to the third person view of the unit are so damn fluid. Even though it has been six years since Valkyria Chronicles was first released on PlayStation 3, this game absolutely still holds up today. Now on Steam-PC availability and with low requirements – now is the exact time for you to either replay this tactical classic or play it for the first time.
Read full review

9.00
Geoff Thew—Nov 18, 2014
In its music, writing, art and acting ,Valkyria Chronicles is brimming with the emotional potency to bring a man to tears. It would make an excellent movie if that were all it had going for it, but the story is told in a way that could only work in a video game, and built on a rock-solid framework of deep and challenging tactical gameplay. ...Valkyria Chronicles is a timeless classic, and this exceptional PC port only manages to improve upon it.
Read full review

8.80
Mikel Reparaz—Nov 26, 2014
Valkyria Chronicles is gorgeous, engrossing, and not for the impatient. In other words, it's a greatt fit for PC gamers, who'll hopefully give the underappreciated Valkyria a wider audience than it found on PS3. With tons of content to explore and mostly top-notch performance on display, this isn't just a fantastic port – it's a fantastic game at its very best.
Read full review
See all critic reviews