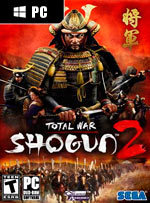 The player plays the role of both the clan leader and general, alternating between the campaign, where the player manages his land and armies turn by turn, and the battles, where the player takes control of the army on the battlefield in real-time. In the campaign, the player needs to oversee the development of settlements, military production, economic growth, and technological advancement. The armies and units are organised and moved around the stylised campaign map by the player to carry out battles with other factions. In addition to fighting, the player is able to engage in diplomacy, political maneuvering and the use of special agents to gain the upper hand. Ninja and geisha are also present in the game as assassins and spies.

Gamestop
13 Ratings
8.00
This game has not been reviewed. Be the first to review it!

10.0
Steve Butts—Mar 22, 2011
Finally, Total War usually takes a lot of knocks for overall performance and stability. Without bragging too much, I've been largely immune to the crashes that plagued previous versions, and that holds true for Shogun 2. Even after several hours, I've yet to have a single crash and, apart from the pathfinding problems, I've yet to encounter any game-killing bugs.
open_in_newRead full review

9.00
Josh Tolentino—Mar 29, 2011
Total War: Shogun 2 is Creative Assembly's most polished game to date, and serves as a reaffirmation of the values that made the series the revelation it was more than a decade ago. It seems only fitting that those values were reaffirmed in a game based on the same setting as way back then.
open_in_newRead full review

9.00
NATHAN MEUNIER—Jun 24, 2012
Creative Assembly trimmed some of the fat while boosting the flavor to make Total War: Shogun 2 one of the tastiest entries in the franchise yet. It’s much more accessible than the last few Total War games without sacrificing any depth or strategy. If you’ve been holding off on the series due to its complexity, Shogun 2 is a great place to jump right in. Simply put: it’s an awesome game.
open_in_newRead full review
See all critic reviewsarrow_forward