This game requires the base game Total War: Rome II to play.

Caesar in Gaul is a standalone campaign pack for Total War: ROME II covering Julius Caesar’s war of expansion against the Gaulish tribes. Players can choose from four playable factions in this conflict: the Gallic Arverni, the Germanic Suebi, the Belgic Nervii and Rome, in a campaign inspired by Caesar’s Commentarii de bello Gallico (Commentaries on the Gallic war). Offering a tighter scope in terms of time and geography than Rome II (58-51BC), the Caesar in Gaul Campaign Map is an expanded, more detailed vision of Gaul and the south coast of Britannia.

Amazon
4 Ratings
8.20
This game has not been reviewed. Be the first to review it! 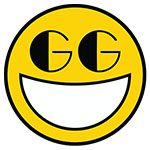 6.00
Ryan Davies—Jan 19, 2014
For me though, the change isn’t nearly enough to justify a purchase. This is still largely the same product with very little noticeable changes to gameplay, and when so much of the game is more than a little off in the first place that is, sadly, not a good thing.
Read full review

6.00
Rob Zacny—Jan 14, 2014
Even at its best, Caesar in Gaul wears thin long before the end of the campaign. The terrain in Gaul is too flat and the tribes all too similar. Once you've cut down one swarm of shirtless barbarians on a broad plain, you've cut down all of them. If there were a bit more politicking, the context for all this slaughter might be a bit more engaging.
Read full review