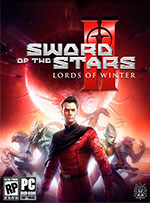 In the sequel to the critically hailed 4X space epic Sword of the Stars, gamers become reaquianted with the original six races from Swords of the Stars I and its expansions as as they discover the dark secret of the original series, the Suul'ka – an ancient race that is responsible for tampering with the Liir, Zuul, and other races in the SotS universe! Sword of the Stars II offers a major step forward in the approach to 4X gameplay, taking the easy-to-learn-hard-to-master philosophy set out in the first game and following that path to a new standard in space strategy games.

Jeuxvideo.com open_in_new
6 Ratings
7.50
This game has not been reviewed. Be the first to review it!

4.30
Tom Senior—Dec 18, 2011
It's a dangerously unstable game, too. I reviewed it after a couple of patches, but still had hours of progress erased by a crash on the way to the saving screen. Even when the bugs are exorcised, you'll have to wrestle with that terrible interface. Better to consider this one lost in space. Try the Sword of the Stars Complete Edition instead.
open_in_newRead full review

2.50
Jon Michael—Nov 21, 2011
Sword of the Stars II is in love with its own history and story, to the point where its encyclopedia favors dozens of background entries over any sort of gameplay information. It may be just as well, because seven patches later, the game is still broken in so many places that it will be tough to find any consistency. There are many other 4X games on the market that do basically everything SotS2 intended, but better and without the bugs.
open_in_newRead full review
See all critic reviewsarrow_forward