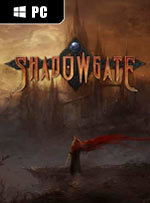 Shadowgate is one of the most well-known and well-loved point-and-click Adventure titles in gaming history. As one of the original titles in the popular MacVenture series in the late 80s and early 90s, Shadowgate quickly endeared players with its fantastic atmospheric soundtrack, perilous locations to explore, countless puzzles to solve, and more ways to gruesomely die than gamers previously thought possible. Shadowgate really came into prominence when it was successfully remade on the 8-bit NES in 1989 and the Gameboy Color in 1999.

Jeuxvideo.com open_in_new
5 Ratings
8.00
This game has not been reviewed. Be the first to review it!

7.00
Daniel Bloodworth—Sep 15, 2014
You’ll likely find yourself caving to the pressure and scouring message boards for answers at least once or twice. In all, Shadowgate is a formidable if sometimes frustrating return to classic adventure gameplay. If you’re a fan of the original or undaunted by Shadowgate’s unforgiving depths, it’s worth grabbing a torch and venturing inside.

7.00
Britton Peele—Aug 21, 2014
Adventure games have enjoyed a resurgence in recent years, but Shadowgate represents a different and currently rare kind of experience. It's unashamed of its roots, sometimes to a fault, but as an attempt to recreate a classic it succeeds far more than it falters. It doesn't do anything that would make the Shadowgate name as revolutionary as it once was, but it's an enjoyable adventure for old admirers and newcomers alike.
open_in_newRead full review

7.50
Matt Cullen—Aug 21, 2014
I enjoyed my trip down memory lane with Shadowgate. It had me staring in wonder at times at the gorgeous environments – and had me pulling out what little hair I have left on my head as I wrestled with some of the puzzles! Ultimately, this remake does a great job respecting the original game, but bringing the visuals and interface to a modern age. So go check it out on Steam or from the official website, and get clicking!
open_in_newRead full review
See all critic reviewsarrow_forward