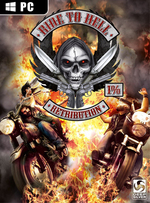 Following an intense tour of duty, Jake Conway returns home from Vietnam to find his brother brutally murdered by a notorious biker gang known as the "Devil's Hand". Obsessed with getting payback, Jake begins his journey hell bent on destruction, intent to catch his brother's killers between the crosshairs of reckoning and vengeance. Set within the 60's legendary era of anarchy, Ride to Hell Retribution is a gritty and raw action adventure that encourages players to open up the throttle and rule the highways as they ride a warpath to revenge. This is a Single Player product.

Gamestop
3 Ratings
7.00
This game has not been reviewed. Be the first to review it!

1.00
Gamespot Staff—Jul 11, 2013
Ride to Hell is painfully insubstantial. Its mechanics are mostly broken and have no depth, there's no sense of progression, and there are no skills that can be learned and then applied to create a feeling of accomplishment or a better understanding of the game. That people are being asked to spend time and money on this garbage shows a profound lack of respect for consumers.
open_in_newRead full review

4.00
Angelo M. D'Argenio—Jun 26, 2013
Ride to Hell: Retribution is filled with so many flaws it’s painful. I’m a fan of Deep Silver’s work, but this is far below their caliber. The game feels more than a generation old, and it suffers from low production value, poor controls, and completely screwed up pacing. I will freely admit I did not finish Ride to Hell: Retribution. It was not worth it.
open_in_newRead full review
See all critic reviewsarrow_forward