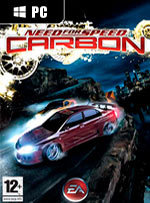 Need for Speed Carbon delivers the next generation of adrenaline-filled street racing as players face the ultimate test of driving skill on treacherous canyon roads. What starts in the city is settled in the canyons as Need for Speed Carbon immerses you into the world's most dangerous and adrenaline-filled form of street racing. You and your crew must race in an all-out war for the city, risking everything to take over your rivals' neighborhoods one block at a time. As the police turn up the heat, the battle ultimately shifts to Carbon Canyon, where territories and reputations can be lost on every perilous curve.

Need for Speed: Most Wanted - A Criterion Game

Need for Speed: The Run

Need for Speed: Most Wanted

8.00
Rich Grisham—Jun 24, 2012
Obviously, the rest of the gameplay owes much more to the street race-y tuner Need for Speed: Underground 2 rather than the more recent Need for Speed: Most Wanted. The only time it really feels like a sequel to NFS:MW is in its story, which is told in that same weird, quasi-animation style and in which some characters return and carry the tale forward.
Read full review

7.00
Greg Vallentin—Nov 20, 2006
Regardless of that feeling of déjà vu, Carbon is another solid racer from EA, and the Auto-Sculpt feature is absolutely fantastic, not to mention the impressive car roster and functional online component. If you've been following the series up to this point, and were a fan of last year's Most Wanted, Carbon should be right up your alley.
Read full review