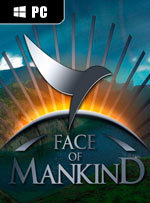 Jul 18, 2014
NA
playscore
To get a playcore, a minimum of 50 gamer ratings and 3 critic reviews are required.
NA
gamerscore
person
9
NA
criticscore
rate_review
0

In Face of Mankind, the gameplay mechanics are all based around the principle of player interaction, and is almost exclusively player driven. Our game is built around player interaction with a strong toolset for players to organize themselves. Any player can create their own faction, and from there the world is theirs to explore. Players can be given ranks by higher ranking players in the faction, giving them access to more administrative tools and abilities.

Game Faqs open_in_new
9 Ratings
5.56
This game has not been reviewed. Be the first to review it!

ASTA: The War of Tears and Winds

Emporea: Realms of War and Magic