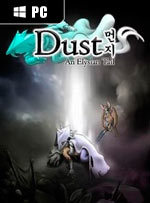 As the mysterious warrior, Dust, your action-packed journey will take you from peaceful glades to snowy mountaintops and beyond. At your disposal is the mythical Blade of Ahrah, capable of turning its wielder into an unstoppable force of nature, and the blade's diminutive guardian, Fidget. Battle dozens of enemies at once with an easy-to-learn, difficult-to-master combat system, take on a variety of quests from friendly villagers, discover ancient secrets and powerful upgrades hidden throughout the massive, open world, and uncover the story of an ancient civilization on the brink of extinction as you fight to uncover your own past.

7.90
PC Gamer—Jul 08, 2013
Although the dialogue could use some judicious excising and the combat a bit more variation, the game rewards bold exploration with some imaginative platforming and beautiful, widely-varied environments. Never mind that on first look, Falana and its doe-eyed denizens presents like the sort of mind-numbing fodder Channel 5 screens early on a Saturday morning, this is a game with abundant cross-generational appeal. Dust: An Elysian Tail - the acceptable and furry face of fantasy violence.
Read full review

8.00
Adam Beck—May 24, 2013
You don’t have to be a furry to appreciate the magic that Dust: An Elysian Tail has to offer. Despite the story being not all that memorable, and some repetitive gameplay here and there, it’s still an enjoyable experience from top to bottom, offering fast paced combat and comical dialogue. Throw in the RPG elements and we have ourselves a winner. The PC version is also an excellent port, offering a steady framerate, crisp visuals and well-established controls.
Read full review