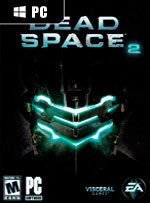 In Dead Space™ 2, you join Isaac Clarke, the Systems Engineer from Dead Space, as he wakes up three years after the horrific events on the USG Ishimura. The Ishimura was a Planetcracker-class starship besieged by grotesque reanimations of its dead crew, known as “Necromorphs.”

After unearthing a strange artifact known as the Marker, Isaac finds himself on the Sprawl, a giant space station in orbit around Saturn. Unable to remember how he got here and plagued with demented visions of his dead girlfriend Nicole, he must survive another nightmarish outbreak of Necromorphs as he fights his way towards an answer he hopes will end all the chaos.

Gamestop
12 Ratings
8.20
This game has not been reviewed. Be the first to review it!

8.00
Martin Gaston—Jan 25, 2011
A wholly average multiplayer mode rounds out the package, which pits two teams of four against each other as humans versus Necromorphs in a standard objective-based gametype. It comes with your standard vertical progression system of persistent upgrades, and teamwork is an absolute must. While no single component feels notably faulty, I found my enjoyment of the mode completely exhausted before the end of the three hours of playtime EA provided on the game's pre-release servers.
open_in_newRead full review

9.40
Steve Haske—Jan 26, 2011
Survival horror may be a dead genre, or a dying one, and other than improving its personal formula (which it does very well), Dead Space 2 doesn't offer that much in the way of innovation. Chances are likely that once you start playing it though, you'll be scared enough that you won't care—or even be aware of a difference.
open_in_newRead full review

9.00
GREG MILLER—Jan 21, 2011
Dead Space 2 is more than just an action game and it's more than a survival horror game -- it's a game that tells a really personal story about a guy who has been seriously scarred by the events around him. That premise alone makes it interesting, but Visceral Games melds it with rewarding combat, shocking enemies, and huge set pieces before tossing it into a world that's truly creepy and scary.
open_in_newRead full review
See all critic reviewsarrow_forward

Remnant: From the Ashes