The undead curse continues to spread across the kingdom of Drangleic with Dark Souls II: Scholar of the First Sin, a compilation of the critically acclaimed Dark Souls II along with its three DLC chapters (Crown Of The Sunken King, Crown Of The Old Iron King, and Crown Of The Ivory King) along with an array of all-new content.

Face the challenge once again in this sequel to the hardcore action RPG. Dark Souls II features a new hero, a new storyline, and an unfamiliar world for players to survive in while delivering its signature brand of unrelenting punishment that players hunger for. Epic battles with gruesome enemies and blood-thirsty bosses await adventurers as they traverse through a devastated world filled with death and despair; only those who are strong willed or cunning can survive this journey to achieve great glory. 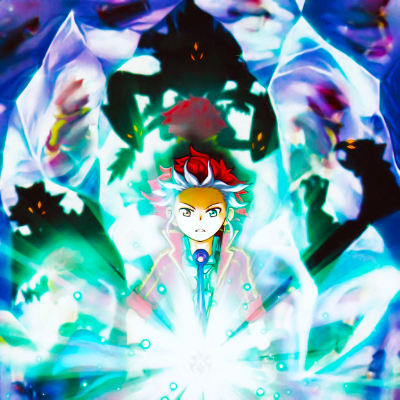 8.00
Anthony LaBella—Apr 06, 2015
Dark Souls II: Scholar of the First Sin targets two audiences: newcomers and veterans. In both cases it succeeds. Folks who have yet to play Dark Souls II will get the best version of the game with all of the available content, while veterans who love Dark Souls II will get to experience a series of small alterations that do enough to set Scholar of the First Sin apart from the original
Read full review

9.00
Justin Clark—Apr 08, 2015
Its greatest spectacles are the ones that will kill you the fastest. It will taunt. It will demoralize. And yet, it has never done a better job than now of beckoning you on than in Scholar of the First Sin. ...That's a feeling that few games offer and few even should. And yet, the exultation of hard-earned victory here, of saying “What's next” with all the fear, fascination, and excitement of any good, bloody fight, has more joys than most, and even though the game is won, I find myself itching to go back.
Read full review

9.00
Philip Kollar—Apr 17, 2015
When I first saw those redesigned areas in action at a preview event earlier this year, I got the impression that they largely served the purpose of making the game harder. They seemed custom-designed to pull hardcore fans looking for more of a challenge back into the game, and I was concerned about where that left new fans jumping into Dark Souls 2 for the first time with Scholar of the First Sin. ...The build-up doesn't feel ludicrously more difficult; if anything, it feels more natural.
Read full review
See all critic reviews