Take on the fight as the volatile Sergeant "Psycho" Sykes in a new parallel story taking place during the events of Crysis. Psycho's secret mission will take him to the other side of the island on a ruthless pursuit of a North Korean general hell-bent on obtaining powerful technology. With the versatile powers of his Nanosuit and an arsenal of fully customizable weapons & vehicles at his disposal, Sykes will do whatever it takes to carry out his top-secret objective. Action on the other side of the island is more intense, the battles are fierce, and the mission protocol is no longer "Adapt to Survive". As Sergeant Sykes, now you must adapt to dominate the battle.

I played this game in 2021 and I must say even after 13 years of its release, it looks damn beautiful. It was very demanding title back then similar to crysis, but now you can enjoy its beauty at 4k stunning visuals. A must play game for sure. 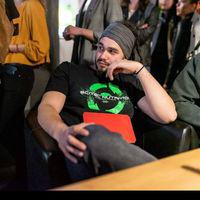 8.75
Matt Bertz—Sep 22, 2008
On the multiplayer front, Warhead introduces a team deathmatch mode, revamped balancing, and a handful of better maps, but does little to match the depth of other online shooters like Call of Duty 4's persistent rankings, perks, and unlockable arsenals. Thankfully the action-packed single-player campaign hits the sweet spot that the multiplayer misses, which makes Crysis Warhead an exceptional ­value.

8.40
Game Trailers—Oct 01, 2008
Crysis Warhead is undeniably fun, great looking, and includes a strong multiplayer component—all for $30. It’s also short, and has some awkward pacing. You’re really getting your money’s worth from the multiplayer, and if you can run it on the enthusiast settings you’ll have a great time just watching your machine get a workou

8.00
Jeff Gerstmann—Sep 30, 2008
One of the best parts about Crysis Warhead is the price. With an expansion-minded retail rate of $29.99, Crysis Warhead is inexpensive enough to make many of its issues feel very minor. Taken with the optimizations that may make it a friendlier game on more hardware configurations and its action-focused pacing, it's also much more approachable than the previous game.
Read full review
See all critic reviews