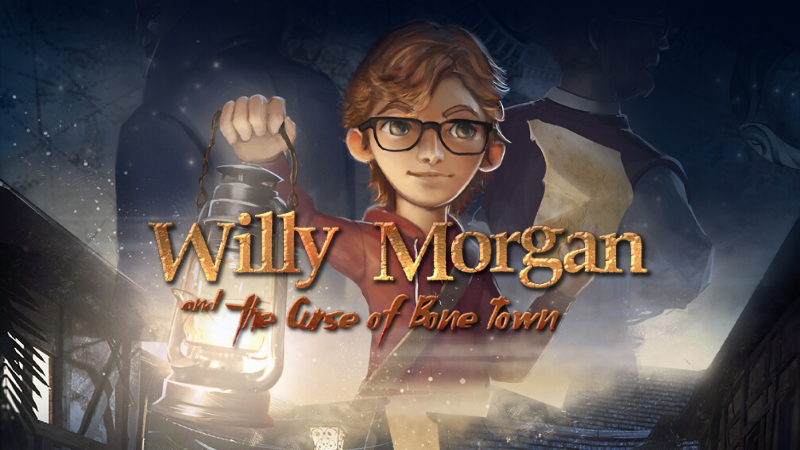 Inspired by the Monkey Island series and Day of the Tentacle--which remains one of the best PC Singleplayer games--imaginary lab and VLG are staging the comeback of the point and click adventure with their upcoming title, Willy Morgan and the Curse of Bone Town.

Check out the gameplay trailer below:

As Willy sets out to discover the whereabouts of his missing father, the esteemed archaeologist Henry Morgan, he’ll unravel a web of secrets with the help of a whimsical cast of characters.

Their gameplay trailer may feel a little slow but that might be one of the things that make it seem just like the old point-and-click games. Where the modernization is more obvious, though, is in its smooth 3D visuals that seem far off from their inspiration's retro pixel style.

It might not be too obvious, but Willy Morgan and the Curse of Bone Town also promises to pack a lot of the humor of the classic point-and-click games.

Explore around the 3D pirate world, interact with their interesting characters, and laugh out loud at the humorous dialog injected into each interaction. On top of that, of course, you'll also be tasked to collect clues and solve the challenging puzzles that lie ahead in their narrative-driven adventure.

“Willy Morgan and the Curse of Bone Town is an unapologetic tribute to the legendary point-and-click games that defined an entire generation of video game fans,” says Daniele Falcone, General Manager at VLG.

“We can’t wait for people to relive their childhood through a fresh, modern lens and introduce a new group of kids to this endearing genre.”

Willy Morgan and the Curse of Bone Town is set to release on the PC via Steam on August 11. For more games, you can check out our updated list of Upcoming PC Games, or find more top-rated titles in Best PC Games.