Control a literal rock and cause destruction throughout historically-inspired levels. 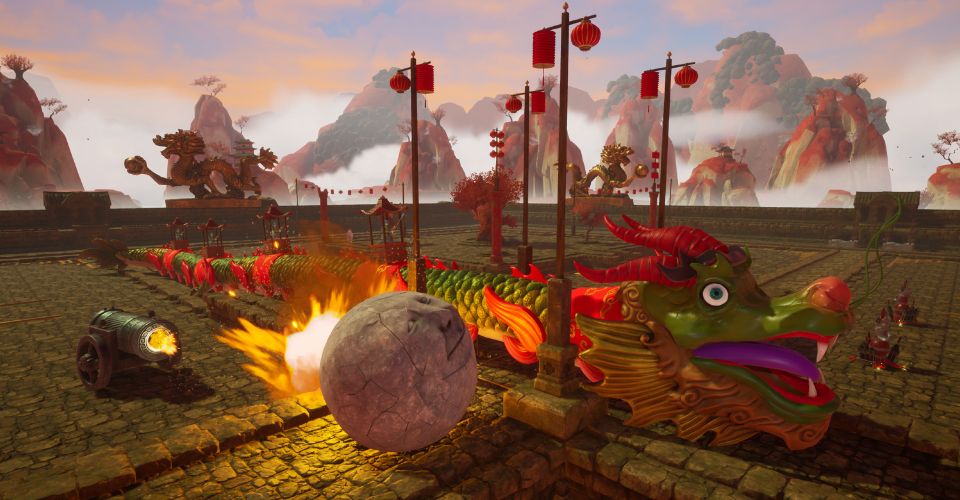 Rock of Ages launched way back in 2010, and with 2020 marking the 10th anniversary, they release the third game in the franchise, Rock of Ages 3: Make & Break, with a whole new trailer to show off the goods.

Break defenses as you barrel downhill in the largest Rock of Ages campaign to date. You’ll encounter iconic characters from across history and mythology, including Abraham Lincoln and the Flying Spaghetti Monster.

For the first time in franchise history, players get to use the all-new custom course creator to bring out the wackiest course ideas to life and share them with friends. This new feature adds a whole new level of replayability to the series.

There have been a lot of additional game modes that have been included in Make & Break like Humpty Dumpty and Avalanche. With the franchise also heavily influenced by period works of art (which have a lot of religious depictions), it feels like a natural progression that the Flying Spaghetti Monster would officially be part of a game.

Rock of Ages has a very unique style, and it’s pretty great to see another installment incoming. You have to love all the Terry Gilliam influence—who thought they would actually be great for games?

Rock of Ages 3: Make & Break is available for PC, PS4, Xbox One, and Nintendo Switch.