After months of teasing, we finally have our first look at the mysterious Project Maverick 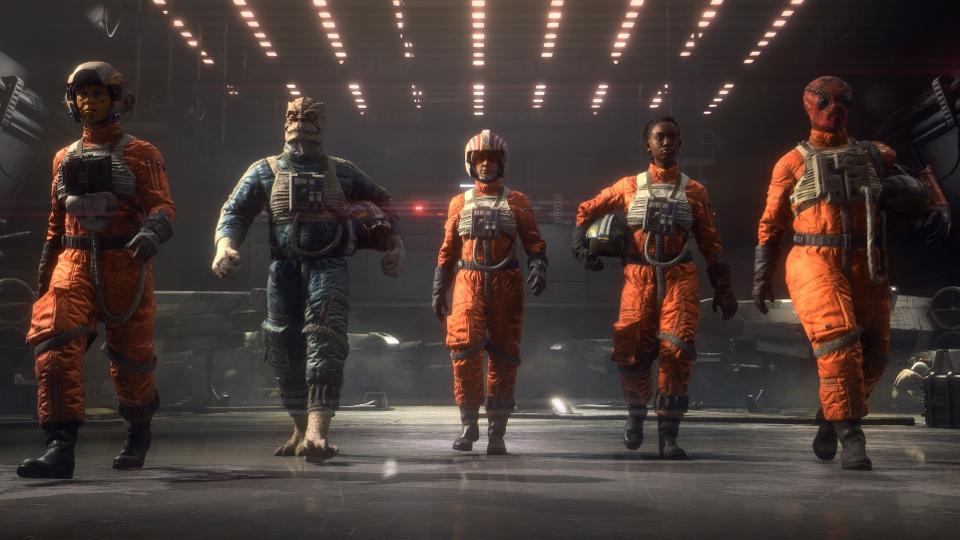 For months, we have been teased about a mysterious Project Maverick from EA Motive, and after a delayed announcement last week, we finally have a look at Star Wars: Squadrons.

The game also comes with this official description:

Buckle up, take full control of starfighters such as the X-wing and TIE fighter, and feel the adrenaline of strategic first-person 5v5 multiplayer dogfights alongside your squadrons.

In a fateful campaign set near the conclusion of the Galactic Civil War, learn what it means to be a pilot in a thrilling STAR WARS™ single-player story. The New Republic fights for freedom. The Empire demands order. We need you to join the galaxy’s finest.

This preview doesn’t really come with any gameplay footage. With Motive having a hand at developing Star Wars Battlefront II, it’s likely the Starfighter gameplay is going to be the something similar. But Motive may introduce some new mechanics for this game.

Oddly enough, Squadrons comes with a price tag of $40 USD, making it one of the cheaper games to come out. This is leading some to speculate that the game is contained and will have a short single-player campaign not unlike Battlefront II.

Star Wars: Squadrons is set to come out on Oct. 2 for the PS4, Xbox One, and PC.

For more upcoming games, you can check out our respective lists for Upcoming Xbox One, Upcoming PC, and Upcoming PS4.