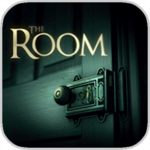 The Room is a three-dimensional puzzle game. On starting the game, the player is presented with the first of four puzzle boxes. The first box is offered as a tutorial to the game's controls, which demonstrate how to move around the box and interact with features of the box. The player has a small inventory for items like keys found in compartments in the box. A key inventory element is a special lens that, in-game, allows the player to see things made from the Null element that compose parts of the box. The lens can generally be equipped at any time to see these secrets, often requiring the player to manipulate the view to align secrets into a coherent symbol. The goal is to fully unlock each puzzle box, extracting a small but more complicated box within it.

Game Faqs open_in_new
52 Ratings
8.58
This game has not been reviewed. Be the first to review it!

9.00
Angela LaFollette—Sep 26, 2012
The Room is a mind-bending puzzler that anyone can pick-up-and-play. The visuals are breath-taking and the game play is truly well-designed. Besides the fact it felt a little short, there wasn’t anything that I disliked about it.
open_in_newRead full review

9.30
Janel Torkington—Nov 13, 2014
The graphic and audio design is nothing short of beautiful. You're going to get hours of rich entertainment out of this one - it's worth the entrance price and more. Pick it up for your next car trip, or perhaps just to play under the covers in the dark.

8.00
Nissa Campbell—Sep 26, 2012
The mystery is never all that satisfyingly resolved, and The Room only has one chapter of the story to tell. It's over a little too quickly, and as is so often the case with impossible mysteries, it ends on a question. But while it lasts it's an elegant and engaging game, one that builds an atmosphere of dark experimentation. You don't know quite where your search will take you, but it seems it won't be good.
open_in_newRead full review
See all critic reviewsarrow_forward

Whispers of a Machine