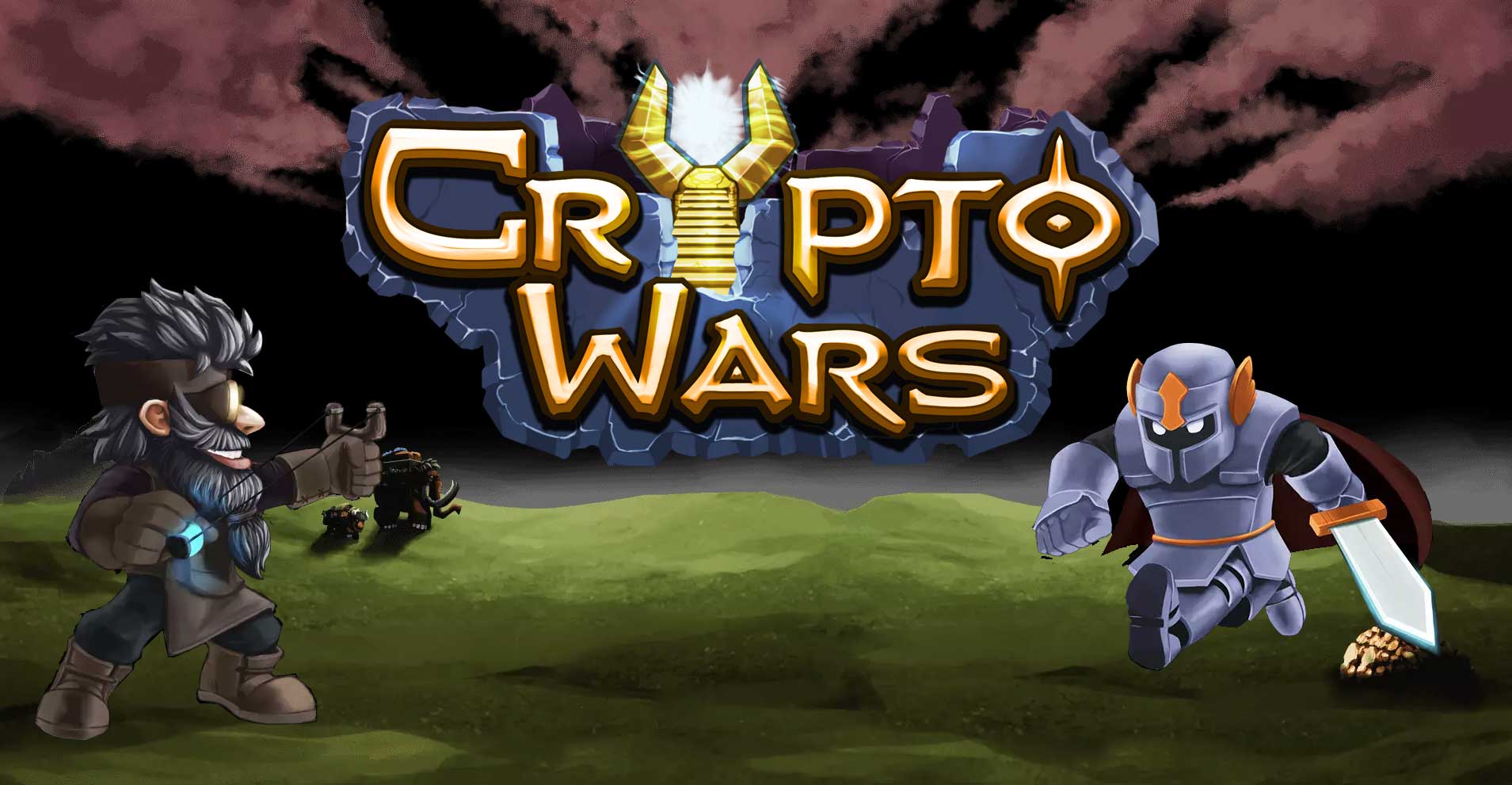 CryptoWars is not your typical blockchain-based game. There are no NFTs, no collectibles. You play a 20-minute one-versus-one game against another player with real cash at stake. Gather resources, research weapons & armors, build an army, and destroy your enemies. It's a strategy-PvP game where your success or failure rests solely on your skills and undestanding of the game's intricacies.

What inspired you to develop CryptoWars? And what makes it unique compared to other video games with some form of blockchain integration?

We wanted to give users the chance to make money by playing games. Not gambling, which is the most common way to do it nowadays, but with deterministic games. Our games are skill-based, meaning that if you get good enough, it can actually become a full time job. If you invest your time, you’ll get better and make more money.

I guess the main difference is that we have a professional team and amazing investors that want to build a sustainable platform, not a cash grub. We want users to play games for years, getting better and monetizing more and more. We allow cryptocurrency deposits but we also allow credit card deposits because we want our audience to be as broad as possible.

Strategy games are really hard to balance. What were the challenges you had to overcome to ensure that the game stays fair and, of course, fun?

We had over 2 years of development and balancing to get to where we are now. We tested the game with over 10k users and professional game balancers. The game is now well balanced and fair for everyone.

There’s nothing you can buy to be better in CryptoWars, the only way to be better is to practice. We don’t like pay2win games and we’ll never become one.

Experimental has created a vibrant community of players. How do you keep your growing community engaged?

Keeping a community engaged and happy is never easy, we manage to do it by having the whole team help. Even devs join our channels and answer the most technical questions, our CEO, COO and CTO also spend time getting to know the users and trying to help them as much as they can.

We have amazing users that help the ones that are just getting to know the game, they share insight, strategy and even create content on how to play.

The more users, the more money they can earn, so it makes sense for everyone!

One of the biggest threats to online PVP is bot and even more so when money is involved. What are the mechanisms in place, or will be in place, to detect and punish botters?

First, the game was developed in such a way that bots are really hard to be developed, every CryptoWars game is different and that makes it harder for a bot to perform well.

In the short term, we’ll implement a monitoring system to flag all unusual activity automatically and then a human controller will double check it.

With time, this system will get better until it’s mostly automatic with no human interference. Users will also have an option to report users who they think are botting or cheating.

No bots are or will be allowed.

How do you see the future of gaming with blockchain? What’s needed for blockchain games to reach the majority of gamers?

We need better onboarding, in our case we stopped asking users to have a cryptocurrency wallet and even allow them to pay with credit cards. We’re not interested in being a “blockchain game” but just a normal game that leverages the blockchain technology.

The future is mainstream but the only way to get there is by lowering the entry barriers. Infrastructure like wallets and exchanges are getting better and easier to use as well, but there’s still a long way to mainstream adoption.

What’s next for CryptoWars? For Experimental? Anything else you want to share with our readers?

We have two goals: first one is to develop a gaming platform with several skill-based games for real cash, second one is to keep bettering CryptoWars, users love it what we need to keep creating content and developing features for them.

We believe cash 1v1 deterministic games are the future and we want to be the first to market delivering strategy games for cash.

There’s a bright future ahead, where millions of users generate a new revenue stream just by playing fun games at home.

For all the latest information about CryptoWars, connect with them through Twitter, Telegram, and Discord.