To fend off the Obsidian Army's ongoing violent attack, the Astral Alliance was summoning a powerful Alliance Guardian. You, a Guardian, responded to the call, came to Astrapolis… 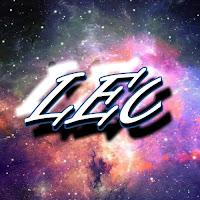 I thought about installing this game for a while and finally did it. The game is OKAY but not the greatest. Upon playing this game for a few days straight, it does has its downfall but I'll get to that later in the review... The graphics is alright and not too intense for instance if you were to be playing a game with high graphics all day, your battery drains within a few hours of gameplay. This one does not. I can play this game for about 6-7 hours straight and still have a good amount battery left at the end of the day (I play on the iPhone 13 Pro Max, incase you were wondering)...The fighting mechanics is pretty cool, the attacks and special moves all seem to look and feel like you are inflicting massive damage onto your enemies. Story wise, I have no idea what the story is and I don't really care about it. I'm one of those type of MMORPG players (in mobile specifically) where story don't matter but BP increase and DPS increase are my main focus. Activities that keep you going so you don't get bored of the game so fast, there is a lot. Dungeons, raids, bosses, exp dungeons, gold dungeons, arenas, and special events but playing these activities you must schedule yourself and take breaks and try to play them separately through-out the day or else you will have nothing else to do and you will get bored easily and possibly uninstall. Tons of upgrades! Tons of loot, gold, experience points, gear, pets but no mounts, unfortunately.

Now, the ugly. The game is NOT open-world and only has a few places that you can be in. Mainly the area where EVERY SINGLE player is in (in that server you chose obviously)..the dungeons and another place that I forgot, its kind of lame but its okay. Another thing, you MUST play this game with good enough wifi or if not, you will be forced to be disconnected from the game and be brought back into the login screen until you gain enough strength of wifi to log back in. I work far from home and my connection can be bad sometimes during the day, and I'll be forced to log off and disconnect and sometimes it will not even allow me to log back in no matter how many times I reset the app. Its really annoying, but I just deal with it anyways.

In conclusion, this game is fun and very entertaining. I have no complaints other than the disconnection every now and then. This game offers a lot to the players. I have already put down $20 into this game and every penny is worth it.

Thank you for reading,

8.00
STORMIE MCNEAL—Jun 16, 2022
The only critiques of this game are small and superficial, or are already being worked on according to their Facebook page; this game is fun to play, easy to look at, and features engaging gameplay. Long story short, what we consider Hardcore.
Read full review

ONE PUNCH MAN: The Strongest (Authorized)